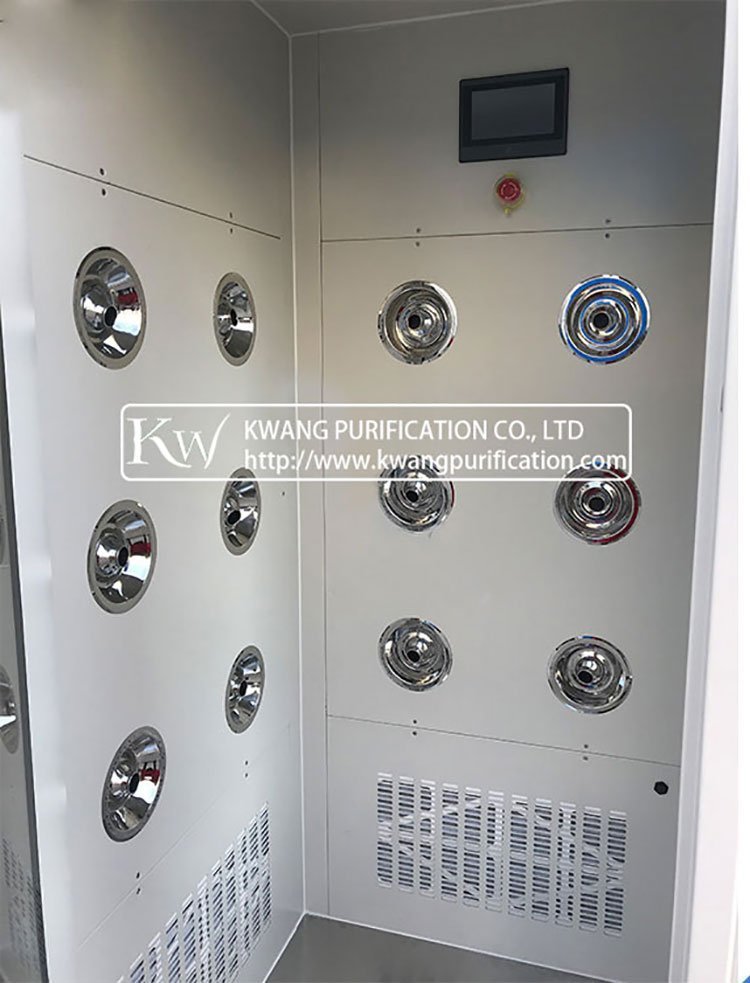 For different particle sizes of dust, at the same air speed, the larger the particle size, the better the dust removal effect. In reality, because the air shower is between clean and non-clean area, and it is used frequently, the resistance of the filter rises faster, so although most of the air shower can pass the acceptance with the initial air speed over 20 ms, but after using for a period of time, the air speed will be reduced, and the dust removal efficiency will drop sharply.Clean Room Air Shower And Transfer Window

2, air shower blowing shower time. Still according to the research results of European and American experts, the blowing time of the air shower should not be less than 30s, especially for small particles of dust. The current market air shower are free to set the blowing time, usually higher blowing time can be set to 99s.Fast Rolled Shutter Door Cargo Air Shower Room

4, air shower nozzle form and arrangement. At present, the general air shower are located on both sides of the nozzle blowing shower area, 6 nozzles on each side of each joint. Due to structural limitations, the height of the nozzles on both sides from the ground is not less than 1 m. In addition, most of the nozzles used in the current air shower are directionally adjustable, and this structure has its own historical reasons. When the air shower was first formed, only the direction of the fixed type of nozzle, but because the nozzle in the air shower internal setting position is high, the number is not much, when using only the upper body of the human body to play the role of blowing shower.

So the designer changed the direction fixed nozzle to direction adjustable nozzle, which can adjust the direction of the nozzle according to the actual use, so that more parts of the human body surface can be blown to. With the emergence of adjustable nozzles, another problem also emerged. As the airflow has a high speed, blowing in the human body surface, always make a considerable part of the people feel uncomfortable and do not want to be blown to, they enter the air shower, always have to dial the direction of the nozzle, so that it is facing the door in and out said, in order to avoid blowing. For this reason some units also have cameras in the air shower, used to monitor the actions of employees entering the air shower.