How Do Air Showers Fit Into A Contamination Reduction Plan

Just how effective are air showers? How are they used? Must they be used with a change of garment or are they effective with street clothes? Are they used for clean rooms only or can they be used in quarantine areas as well?Why Choose Kwang Air Showers

Traditionally, air showers have been used in the electronics industry to assist with the removal of particulate material from individuals as they enter clean rooms. However, since biological contaminants tend to travel attached to other particles, if one can trap the particles, one can trap the biological contaminants. Therefore, air showers can be an effective way to reduce contamination within a facility, but as with any other equipment, they must be used properly. In theory, the more steps you have in place to remove contaminants, the better your odds. Air showers can be viewed as one more step.Clean Room Equipment Components 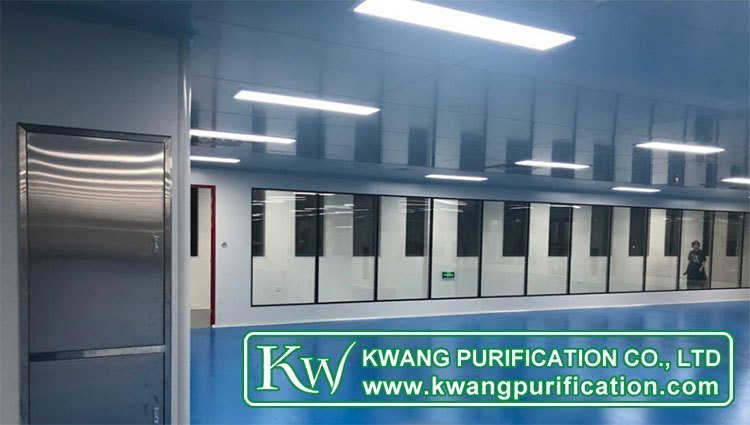 Water showers are still the standard for removing contagion when leaving a high containment area and as such, one could argue they should be the standard for removing contaminants when entering a facility as well. But this type of procedure is typically reserved for areas where there is little or no investigator traffic and a dedicated set of personnel operate the facility. Water showers tend to be used where personnel only make one trip in per day. To request this procedure in moderate to high traffic areas would not be practical. Air showers are less cumbersome and easier to use than water showers, though the author is not aware of any data directly comparing their effectiveness.How To Choose Cleanroom Walls

Air showers should be part of a larger entry process so that by the time an individual reaches the air shower, changing clothes, etc. has reduced the number of contaminants. Air showers, like water showers, still require personnel to use them properly. Stepping quickly through an air shower has as little effect as stepping quickly through a water shower. For this reason, air showers can come equipped with door interlocks and timers. Most air showers use nozzles that rotate to ensure adequate coverage. There is no standard for how long to stay in an air shower, but most facilities use anywhere from 30 to 120 seconds.Air Showers For Contamination Control

There has been some anecdotal evidence that the use of air showers can create a static charge that attracts particles. In one case, the interior of the chamber had to be cleaned regularly due to the build-up of particles on the interior surface. One factor that can contribute to this effect is the quality of the outer garments used. Care should be taken when selecting the type of garments. Those made of synthetic fibers like Gore-Tex? or Tyvek? produce fewer particles and are less permeable than those of natural fibers, like cotton. The stitching found in a garment creates additional penetration points, so garments with less stitching are preferred. The same can be said about selecting garments with unprotected zippers or Velcro?. Changing undergarments can be as important as changing outer garments with one study indicating a nearly 50% reduction in biological contaminants when clean room style undergarments are used. An important point to keep in mind is that the clean room industry is concerned with particles of any size, whether biological in nature or not, and the garments typically are not autoclaved. In a lab animal facility, one is more concerned with the biological activity of those particles. The use of an air shower could become more important in situations where the garments are not being autoclaved. In deciding whether or not to autoclave garments, remember it adds an additional layer of procedure and cost to the facility and its operation.What is Sterile Cleanroom Project

Probably the most important area to protect on an individual is any gap between clothing pieces where skin may be exposed. Every effort should be made to cover these areas, taping the gloves to your garments if necessary. This is especially important when working in a change hood where cross-contamination between animals and staff is highest. All the gowning procedures in the world will not make up for poor cage change preparation and aseptic technique.Find Best Clean Room Panel Supplier

Putting an air shower or water shower procedure in your facility will only be as effective as your staff?s willingness to follow proper procedure and pay attention to detail. One could argue the position that using a cage level barrier, autoclaving all materials going into the cage, and using proper aseptic technique with a sterilant are all that is required operating a barrier. But these decisions must be tempered by the human error factor and by the cost to replace animals and research should the system break down.

The air shower is used to remove particles from a person prior to entering a facility. The air shower only comes on when the person is standing inside of it. But what if the air shower had no doors and ran all of the time? There is a philosophy that air showers and similar devices can be incorporated into corridors and at entrances to rooms to not only assist with the removal of particulate material on personnel, but to in essence "scrub" the air around the unit.What are the requirements for the car painting air shower room

In this case, open air showers are placed in strategic locations around the facility. These units operate 24 hours a day, continually scrubbing the air by recirculating it past a HEPA filter and creating an "air curtain." The idea is that by continuously scrubbing the air, the chances of having loose particulate material in the facility is reduced. Where traditional air showers operate using high velocity air to dislodge particles, these air showers tend to work by filtering high volumes of air. In effect, you are keeping the general environment in the whole facility clean in anticipation that personnel will be bringing contaminants into the facility no matter what you do. This type of air shower works well in high traffic areas where changing garments is not practical but you still want to reduce the number of contaminants.Cleanroom Air Shower Price Cheap Factory direct sales

Examples of places to use open air showers would include loading docks and other outside entrances and high traffic corridors. In another application, if a facility has a poorly performing HVAC system that is leading to excessive dust and dander, these open air showers can be placed inside of a space, effectively reducing airborne contaminants. Naturally, care must be taken to ensure the system does not generate excessive noise.Air Shower Cheap Price Food Industry Class 100 Clean Room

Personnel are most often the main source of cross-contamination in a facility. The use of air showers can help to create a psychological barrier to unauthorized personnel and may reduce the number of times personnel enter the space, thus minimizing the risk. Although air showers have not traditionally been used in facilities, their use could enhance your defenses. In the end, remember that your last line of defense is your aseptic technique in the change hood. No matter what you do to get to the hood, cage handling is still the most important procedure in ensuring cross-contamination is kept to a minimum.Cleanroom Air Showers: Everything You Need To Know