Where Are Cleanroom Air Showers Used

Aside from the regulatory guidelines and protective gear, laboratory air showers serve as an extra precaution against harmful particulate matter. In the industries where these are used, an instance of a harmful contaminant can ruin an entire batch of products. This leads to wasted resources, time, energy, and ultimately, money.Stainless Steel Air Shower 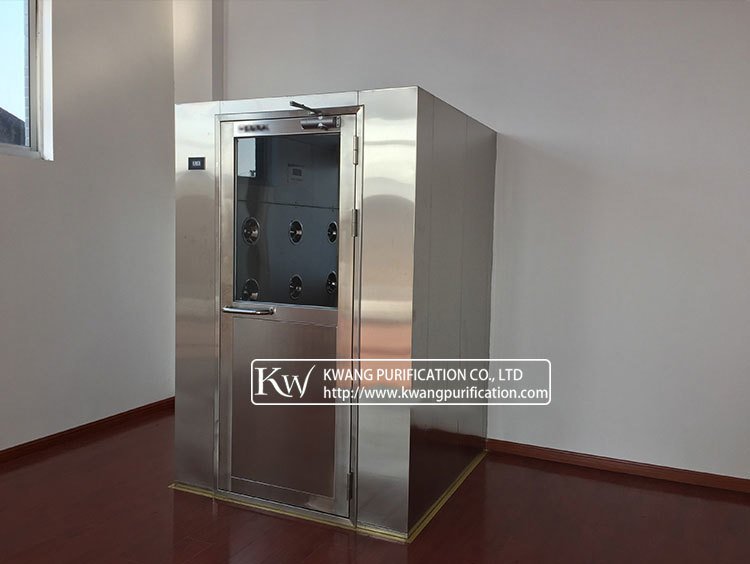 Personnel who work in controlled environments are generally uber careful about contamination. However, on the off chance that they aren’t cautious enough (as per requirement), air showers ensure protection.Cargo Air Shower

Where Are Cleanroom Air Showers Used?Cleanroom air showers are essential in the following industries:

Contrary to popular belief, an air shower only amounts to a small percentage of the overall cleanroom installation cost. As mentioned above, when the quality of a batch of product is safe from contamination, it can save you thousands.Automatic Door Air Shower

In addition to money, cleanroom air showers decrease the need for maintenance as the amount of particle buildup decreases over time. Hence, they improve cleanroom efficiency. Also, this indicates less stress on the HEPA filters, making them more efficient and long-lasting.Corner Air Shower 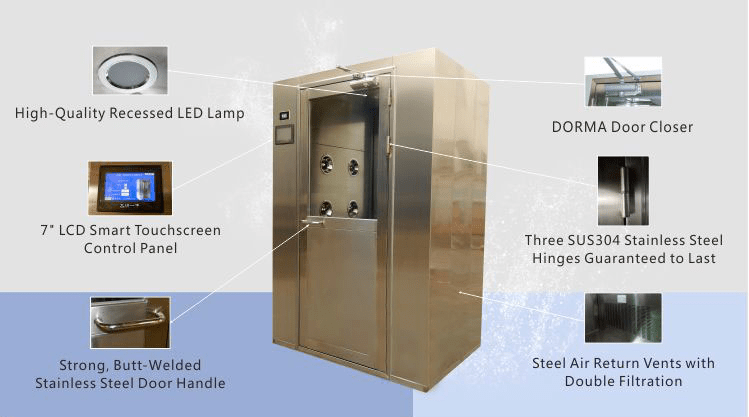 Standard air showers have magnetic interlocks for securing the entry and exit points as well as high-velocity, standard-size air filters. They are made from durable steel, and the LED lighting helps with visibility in low light environments.

Laboratory air showers often feature microprocessor-controlled cycle times as well as touchscreen controls for easier use. When in need of maintenance, the inspection panels provide access for quick service.