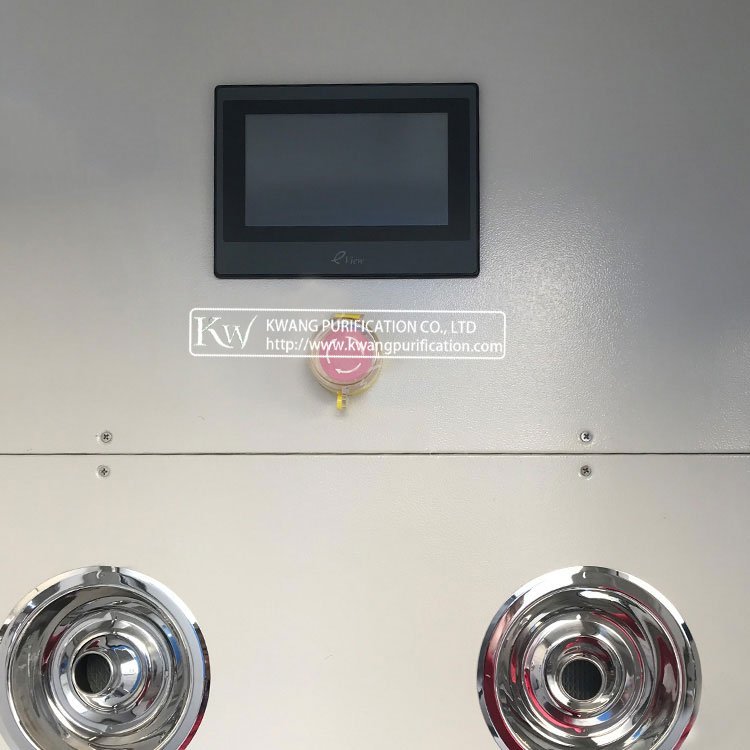 Today Kwang purification essence of this article is only a supplement to the previous article did not introduce in detail that part of the content about air shower control panel for your reference:

4, Air shower manual button: when the inner and outer doors are closed, press the manual case key, the system is turned into the air shower process 1.1 (if no one is detected, the system automatically carries out a 99-second delay, during which time, if no one senses again, the system returns to the initial state).