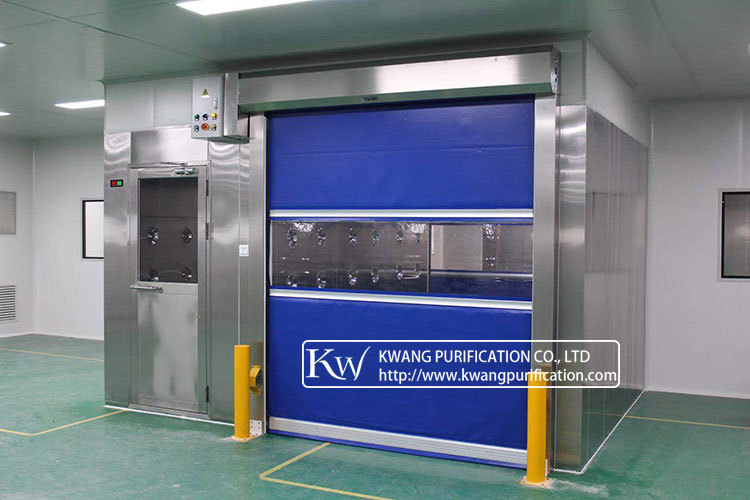 Back to the topic, now say what should be prepared before the installation of the cargo air shower.

cargo air shower should be confirmed before installation.

1, the user has determined a good equipment installation location.

2, the user has installed 380V three-phase five-wire power supply in place, and the power supply power is greater than the power of the equipment (equipment outside the line length of 2 meters).

3, the user provides a suitable size of the air shower installation space.

4, the ground where the user places the air shower has reached the basic level, and the ground level tolerance is ±3mm.

cargo air shower is a kind of air shower is mainly a channel necessary for goods to enter the clean room, it uses high-speed clean airflow to blow down and remove the dust particles attached to the surface of personal clothing or materials entering the clean room. The door into and out of the air shower can not be opened at the same time, can also play the role of air valve, to prevent the external air into the clean room, and make the clean room to maintain a positive pressure state; cargo air shower filtered by high efficiency filter clean airflow by rotatable nozzles from all directions spray to goods, human body, effective and rapid removal of dust particles, and then filtered by the primary and high efficiency filter recirculated to the air shower area.  Industrial Rolling Shutter Garage Door

1, photoelectric induction control, the implementation of automatic blowing shower. It can effectively isolate the dust from the surface of personnel and articles brought into the clean room.

3、LED indicator screen and touch panel design, convenient for the operation of the dust bath time and various functions.

4、Cyclic design design, to ensure the cleanliness of the air shower area when the state of non-blowing shower.

5、Double doors electric chain, the implementation of forced blowing shower, double doors can be made into automatic sliding doors.

6, can accept the user's special design, can be made into explosion-proof type air shower.

7, to undertake the special design and manufacture of airlock type and buffer type.

air shower classification (according to the use of material).